Every few months, a story comes along that reignites the “noncompetes are evil” fervor. Right now, the story du jour is that of Stephanie Russell-Kraft, a freelance reporter who formerly wrote for the legal newswire Law360. She left Law360 – her first job out of grad school – to take a job at competitor Thomson Reuters Corp. 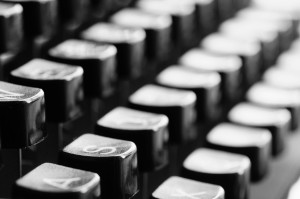 A few weeks later, she was let go from Thomson Reuters because Law360 was enforcing a covenant not to compete that Russell-Kraft had signed (and forgotten about) her first day on the job.

I do a lot of work with executives who have signed noncompetes. The key word there is executives. These are highly paid, highly skilled professionals who were privy to plenty of confidential information while on their previous jobs.

Noncompetes are often valid and enforceable when an employer has a “protectable interest” that is best protected by restricting, within reason, where its former employees go to work. That protectable interest could be specialized training, customer lists, trade secrets or other confidential information. Without that element, it can be hard to get a court to enforce a noncompete.

No disrespect to journalists, but theirs is not known as a highly paid profession, at least not in the early years. And it’s doubtful such a young reporter would be privy to many of their employers’ trade secrets. Granted, many journalists have had to sign noncompetes over the years, particularly broadcast reporters.  And, in some cases, they may be valid and enforceable.

But, just as with last year’s brushfire over the Jimmy John’s noncompete clause, it’s likely that, should Law360 attempt to enforce its noncompete in court, they would fail.

Trouble is, most employers don’t have to take it that far. All Law360 had to do – according to a report in the Wall Street Journal – is write a letter to Thomson Reuters saying “you’ve hired one of our reporters in violation of her noncompete” and Thomson Reuters showed her the door. Had Thomson Reuters hired a lawyer to fight it out in court, it most likely would have won. But why go to that expense when there are dozens (hundreds?) of other reporters you can hire who won’t cause you that kind of grief and expense?

That’s not the case for a highly paid executive whose expertise you dearly want and your company needs. They’re worth fighting for, and companies often do just that.

The purpose of a noncompete is to protect confidential information, or some other protectable interest, not to prevent employees from growing their careers (or making sandwiches) at other companies. Sometimes they’re reasonable and enforceable. And sometimes, as in the case of Law360 and Jimmy Johns (and, allegedly, a host of other employers), they don’t seem to serve any purpose other than to stamp out the ability of low-level employees to make a living.

They do little more than frighten employees into submission.

One possible effect of Corporate America’s love affair with the unnecessary, unenforceable noncompete is that they could eventually backfire and jeopardize noncompetes signed by those employees who do have access to information worth protecting.

Until then, young reporters, sandwich makers and all the other unsuspecting employees asked to sign a noncompete as a condition of employment, read your paperwork closely and be sure to keep a copy for yourself.

If nothing else, hopefully, the bad press Jimmy Johns and Law360 are getting will be enough to make them change their ways.