The November edition of DCEO magazine dives into the recent $500 million jury verdict against Facebook’s Oculus virtual reality subsidiary, describing the whopper verdict as a transcendent moment for businesses that have not yet taken steps to identify and protect their digital assets. DCEO’s Danielle Abril writes that businesses of all sizes and across sectors should consider the large monetary verdict as a warning sign to protect trade secrets and other intellectual property and get a handle on non-compete and non-disclosure agreements before problems surface.

In her article, “5 Things Companies Can Learn From the ZeniMax Lawsuit Against Oculus VR,” Abril turned to executive employment lawyer Joe Ahmad of Houston’s AZA law firm to comment on what businesses should take away from the verdict to avoid facing trade secret and non-compete disputes. Below are some of the lessons learned: 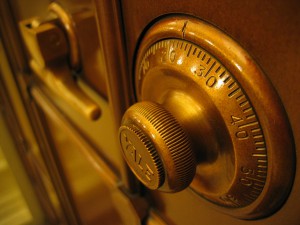 1. Identify intellectual property and protect it through patents, copyrights, trademarks and nondisclosure agreements (NDA). But that’s just the start because once the digital crown jewels are identified, businesses must be vigilant in protecting them. “An NDA is only good if you catch someone breaking it,” Ahmad tells DCEO. “There ought to be some things that are so important that you can’t risk that the other side will use it without you finding out.”

2. Recognize Risky Hires/Partnerships. There can be great value in hiring experienced workers from a competitor, but businesses must appreciate the legal risks that come with such strategies.

“When you talk about hiring people, who do you think the good people are?” Ahmad tells DCEO. “They’re the people who have [proven] themselves by working for a competitor. If you want people with experience, almost by definition you’re hiring someone from a competitor.”  And sometimes that competitor will sue you to try to prevent you from hiring them because their employees have confidential information that could be used against them

Abril notes that Facebook/Oculus dropped the ball on this count. Oculus’ COO was not informed of the complications until after the lawsuit was filed, and it was this lack of oversight of the Oculus’ NDA with ZeniMax that resulted in the bulk of the $500 million verdict.

3. Beware of Transfers of Assets. An eyebrow-raising detail was that Carmack had particular information from ZeniMax stored on a USB drive that he then allegedly took to Oculus, Abril writes. After leaving Zenimax, he allegedly returned for a tool he created there and took that to Oculus, too. While it’s tough for courts to determine whether those specific items were used in development at Oculus, it’s a risk not worth taking. Companies should be vigilant about making sure that employees from competitors don’t take the competitor’s confidential information with them.

4. Act early. If systems are in place to track intellectual property, risky hires are assessed up-front, and companies are aware of all previous situations tied to new employees, it’s imperative that employers then act on any items that could create future problems, Abril writes. “It’s not what you did; it’s about the cover-up,” Ahmad tells DCEO. “If I knew an employee took info and I didn’t do anything, I could get into some trouble. I think you’re better off wearing the white hat. … You’re going to look better in litigation.”

5. Give the CIO a Board Seat. Abril stresses that it’s past time for executive leadership to value its chief information officer, and that means reserving a seat on the board for the CIO.

As companies struggle to keep up with the changing dynamic of business, strategy becomes essential to avoiding litigation, Abril writes. After all, no one wants to end up with a three-year-and-counting legal battle as Oculus and ZeniMax did.