A Ban on Noncompetes? Don’t Expect One in Texas 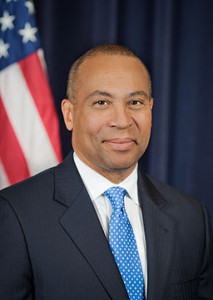 Massachusetts Gov. Deval Patrick has come out in support of banning covenants not to compete, claiming that they stifle innovation and send jobs and entrepreneurs fleeing to other states. He says companies would be protected against trade secret theft if Massachusetts would adopt the Uniform Trade Secrets Act (as Texas recently did).

So, does Gov. Patrick have a point? Would banning noncompetes unleash our economy and usher in an era of increased economic growth and mobility? It’s hard to tell. There could be an upside, economically, to a noncompete ban. But, even with the recent passage of the Uniform Trade Secrets Act, I don’t foresee a time when Texas would ban noncompetes altogether, because trade secrets aren’t the only reason employers ask employees to sign noncompetes.

One other important reason employers require noncompetes is that employers often provide specialized training. If specially trained employees could leave and instantly be hired at a competitor, that would be a major disincentive for employers to provide such training, and that would harm the company, its employees, shareholders and the economy as a whole.

And the Uniform Trade Secrets Act does nothing to prevent employees from immediately taking such specialized training to a competitor.

Another argument against banning noncompetes is that—by posing the threat of litigation if the noncompete is violated—they help prevent trade secret theft from happening. If, on the other hand, a company has to file a trade secret theft lawsuit because an executive has stolen trade secrets, the damage has already been done.

In other words, noncompetes effectively enforce themselves.

Admittedly, I’m not the president of the noncompete fan club. In fact, I represent the executives who are bound by them as well as the companies that require them to be signed. So, in every way possible, I can see both sides of the noncompete argument.

Noncompetes are a bit like patents. Patents create a monopoly, at least for some period of time. Critics complain that such monopolies are anti-competitive, and therefore bad for the economy. But without patent protection for inventors, much of the incentive to provide much-needed innovation is taken away. So we try to strike a balance–with the objective of incentivizing creativity and innovation but not creating a monopoly that lasts forever.

It seems to me that covenants not to compete should be treated with equal balance.

Fortunately in Texas, covenants not to compete must be reasonable in scope of activity, time, and geography—all of which limit the damage they can do to an individual’s career and entrepreneurial aspirations.

Rather than banning noncompetes, Gov. Patrick should examine the law in his state and see if it can be amended in such a way that it both protects employers and gives employees the freedom they need to ply their craft when and where they want.

What we have in Texas isn’t perfect, but it isn’t clear that taking the extreme position Gov. Patrick has taken would be perfect either.