So the new iPad has come out, sending technophiles (which seems to be everybody these days) to the moon with glee. Combined with the recent news that Apple’s market capitalization recently broke the $500 billion mark, only the sixth company to ever do so, it seems a good time to talk about corporate culture and succession planning. 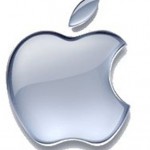 About a year ago, the buzz about Apple was how the firm would weather the absence of Steve Jobs. At the time, Jobs was on medical leave, but he ultimately succumbed to pancreatic cancer in October 2011.

Few companies have been as identified with their CEO as Apple was, so the concern that the company would falter without him at the helm was arguably well-grounded. Jobs obviously did many things quite well, but two of the most important ones were succession planning and the creation of a positive corporate culture. Both of those ensured that his life’s work would live on long after he was gone.

Clearly, the selection of Tim Cook as CEO was a great choice, but corporate culture isn’t just one person. True succession planning involves establishing a culture that values talent, success and loyalty. And those two things—the management team and corporate culture—are definitely related.

To be sure, succession planning can be dicey. Nobody wants to face their own mortality or feel irrelevant. And even the most confident, high-powered CEO can feel vulnerable if his or her presumed successor has been chosen and seems to be waiting in the wings for the CEO’s retirement (or death).

Just look at the Peyton Manning/Andrew Luck situation. Manning, who led the Indianapolis Colts to a Super Bowl win in 2007, was released from his contract this week because the team will likely draft Andrew Luck, a youngster considered to be the next Peyton Manning, to take his place. While the salary cap no doubt dictated this move, and Manning handled the news with class and style, it still wasn’t a healthy situation for the Colts organization.

Organizations looking to ensure management continuity should use diplomacy when approaching the current CEO about his or her impending retirement. Unlike the Colts, most organizations don’t have a salary cap, so they need to make it clear that they have no intention of pushing out the CEO before he or she is ready, but that they need to ensure the company lasts and thrives long after the CEO steps down.

From the CEO’s standpoint, in an ideal world, he would be intimately involved in finding his successor, as Jobs was. That will both get the CEO’s buy-in to the process and reduce (or eliminate) the chance that the CEO will try to undermine his successor. The latter happens far more often than most people think, and it’s bad for everyone concerned.

Ultimately, it’s in the CEO’s best interest to ensure that the company lives long after his tenure. After all, nobody remembers the CEOs of dead companies.

Smart companies, whether they’re in Silicon Valley or the Texas Panhandle, will want to take a lesson from Apple. Have a vision, implement policies and systems that support that vision, and hire leaders and employees who reflect that vision. By doing that, they’re building a company that will outlive any single CEO. And that’s a legacy anybody would be proud of.