In the year since Google’s autonomous vehicle subsidiary Waymo first leveled allegations that Uber had poached star engineer Anthony Levandowski knowing that he was bringing a raft of stolen trade secrets with him, the contentious litigation has consistently revealed new and tantalizing details about the high-octane culture and mercurial personalities within the two companies.

A recently released bombshell document supplied by the Department of Justice created more headaches for the Uber legal team. The letter from former Uber security analyst Richard Jacobs included claims that Uber had encouraged a culture of espionage and trickery to stay ahead in the highly competitive ride-sharing sector. The 37-page letter claims that Uber trained employees to steal trade secrets and hide their tracks, among other things. It also contained an unrelated allegation that Uber had paid a $100,000 ransom to a hacker who had stolen customers’ account information and never reported the data breach to customers or authorities. 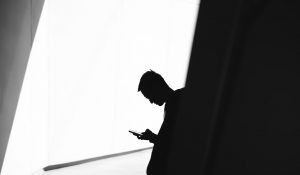 If true, the workplace culture described in the letter could make it challenging for Uber to convince jurors that the theft of Waymo’s trade secrets was the work of a lone wolf. It’s also creating a credibility problem with U.S. District Judge William Alsup, who was not pleased to learn about the letter just days before the scheduled December 2017 start of the trial.

“I can’t trust anything you say because it’s been proven wrong so many times,” Alsup told Uber at the hearing. “You’re just making the impression that this is a total cover-up.”

Judge Alsup agreed to Waymo’s request to delay the trial into 2018, adding that “if even half of what this letter says is true, it would be a huge injustice to force Waymo to go to trial” as planned.