Avoiding IP Theft On The Job

Most executives would never dream of stealing from their employers, but many put themselves at risk of being accused of that very thing in the course of their workday. 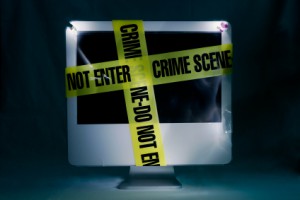 Most such actions—such as emailing files to their personal email address so that they can work on them from home, which many executives still do, and using their work email address for job hunting and other personal reasons—never raise an eyebrow as long as the employment relationship is stable. If the executive goes to another company or is terminated, however, even innocent actions could reflect negatively on them in retrospect.

Was that file really sent home so he could work from home, or was he providing it to a competitor in hopes of landing a job? Were those vendor and client contacts downloaded innocently or as part of the executive’s long-term plan to leave the company?

What seems—and more than likely was—innocent at the time can look much different after the executive and the company have parted ways. When that happens, many employers have a policy of scouring the executive’s computer and taking note of anything inappropriate or suspicious.

So even if an executive has no immediate plans to leave her company, she needs to ensure that company property—particularly its intellectual property—is always handled appropriately and that her behavior is above reproach.

In today’s 24-7 work world, however, it’s almost impossible for an executive worth her stock options to not work from home on occasion. A few precautionary steps can help her avoid being accused of theft or misappropriation down the road.

• Go Remote. First, rather than emailing files to a personal email address, executives should access their work email address from home. Most companies have, or should have, remote access that allows at least some employees to access their work email and files from their home computer. Such a system maintains the integrity of company property while also allowing the executive to be productive when he’s not in the office. It’s a subtle difference, of course, but one that could be crucial if the executive ever finds himself at odds with his employer.

• Heads Up. If company property must be taken home or off-site, communicate that fact in writing to a colleague or superior. A simple “I’m going to be working from home tonight, so I’m taking these files with me” should suffice.

• Go By the Book. Locate the employer’s policy regarding company property. The employee manual may actually address whether an employee can use company property at home or on the road, and if that’s the case, abide by that policy, whatever it is.

• Know What Can and Can’t Go. If an executive lands a new job, I’ve already written a couple of blog posts  devoted to what she can and can’t take with her to her new employer. In general, the “take” list consists of family photos and diplomas. Pretty much everything else is on the “don’t take” list.

• Just Ask. As in most sensitive situations, a little communication can go a long way. If an executive is about to leave a company and has already given notice, it never hurts to ask the company what the executive can take and what he can’t. In most cases, even those things that are technically company property (such as notebooks from a sales conference junket the company paid for) are fine to go with the executive—as long as he asks before taking it.

The frustrating thing about many lawsuits is how easily they could be avoided by the parties, using some common sense, courtesy and good communication on the front end. When they don’t, the result is very often lawsuits, lawyer bills and ruined relationships on the back end.