Whistleblowing remains perilous territory for executives, even with the protections offered by 2002’s Sarbanes-Oxley Act and the financial incentives offered by 2010’s Dodd-Frank Act. Yet there is a powerful argument to be made that executives with information about possible shareholder fraud have a duty—to their employer, the company’s shareholders and even the global marketplace—to report such wrongdoing.

When executives become part of the conspiracy of silence that protects bad actors, it sets the stage for the kinds of financial debacles that caused the recession from which we’re still recovering. Imagine if well-placed executives on Wall Street had dropped the dime on the credit default swap shell game? Or the subprime mortgage mess? Or any of the overly complicated financial instruments that broke the bank? 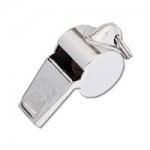 The Dodd-Frank Act sought to sweeten the pot for executives in a position to blow the whistle on shareholder fraud by offering the possibility of increased damages, beefing up protections against employer retaliation, and lengthening the statute of limitations. And it’s possible that those incentives will prompt more complaints to be filed with the Occupational Safety & Health Administration—but probably not by those executives in a position to make a credible, actionable complaint.

High-level executives, to put it bluntly, have a lot to lose. They have a reputation in their industry they don’t want to harm, and they more than likely have a pension, a stratospheric salary, stock options, and other perks they would rather not say goodbye to. On the other hand, if they stay mum, they risk becoming a target of any investigation should another employee speak up, and the consequences of that (possible prison time, hefty fines, and an all-but-guaranteed shattered reputation) are no bargain.

So what’s an executive with information about possible shareholder fraud to do?

Second, gather any supporting documentation. Keep both hard and electronic copies of all documents, and have back-up copies just in case.

Third, keep in mind that one’s fiduciary obligation to the company—not to the CEO, the board of directors, or anyone else—is the number one priority. Allowing shareholder fraud to go unreported is like watching a patient being sewn up with surgical instruments still inside him and not alerting the doctor: the problem isn’t going to go away, and it could very well kill the patient.

A qualified attorney with expertise in executive employment issues, like those of us at AZA, will be able to advise the most prudent cause of action, all while keeping his or her client’s interests paramount at every step.