For Carlos Ghosn – one of the highest-flying chief executives in the world (literally) – home has been a 50-square-foot cell since Japanese authorities announced a series of vague allegations against him for underreporting his compensation and misusing company property.

He’s been held without details of the allegations against him, denied bail, and has been subjected to daily interrogations without legal representation.

Ghosn’s spectacular fall from grace is truly bizarre and sheds light on Japan’s opaque legal and regulatory system for investigating corporate compliance issues. But while the circumstances of Ghosn’s problems are unique to Japan’s corporate governance practices, executive pay remains a career minefield for U.S. execs and is one of the most common sources of c-suite scandal and intrigue. 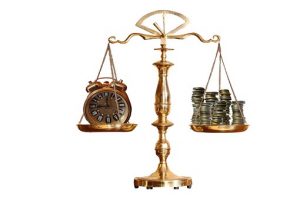 The source of Ghosn’s current troubles can be traced to his ability to set his own compensation (something unheard of in U.S. for publicly traded corporations), as well as a decision following the global recession to reduce his take-home compensation in lieu of deferred compensation, which grew to a reported $80 million. Japanese authorities also accuse him of misusing company property, including two private homes and a corporate jet.

If true, however, [the allegations] reflect as badly on Nissan as on him … Public filings on Mr. Ghosn’s pay and perks would have been Nissan’s responsibility as well as his; any shortcomings should have been flagged up by internal as well as external audits. In a country that is at last overcoming decades of resistance to corporate-governance reform, the apparent lack of oversight is a stain on the reputation of Nissan and its board of directors. The more powerful Mr. Ghosn became, the more essential the need for close board supervision.

Expense report violations are another common source of executive compensation problems and can lead to serious actions against U.S. executives. Whether it’s taking vacations on the company dime or sending work to a vendor that happens to be a shell company run by an exec’s mistress, expense issues are a regular source of compliance problems.

As Ghosn remains in custody, more details will certainly emerge about what he did or did not do. For the integrity of Japan’s corporate compliance system, hard questions also must be asked about the failure of board oversight that would have allowed these alleged excesses to occur. For U.S. business leaders, the screaming newspaper headlines about Ghosn offer a cautionary tale and some universal takeaways: 1) expenses that are reimbursed by the company should be transparent and backed up 2) don’t seek reimbursement for personal expenses and 3) when in doubt, disclose, disclose, disclose.