CEOs Facing Criminal Prosecution Not Out of the Question

The recent manslaughter case against a Connecticut pool company CEO highlights the criminal liability executives can face, even when they are far removed from any alleged criminal acts.

David Lionetti pleaded guilty in April to a charge of criminally negligent homicide, a misdemeanor, in connection with the death of a 6-year-old boy who drowned after becoming caught in a pool drain. Lionetti received 3 years’ probation and must perform 500 hours of community service. 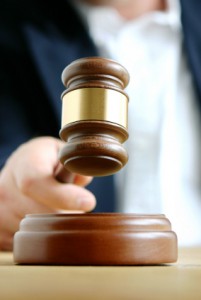 Lionetti’s company, Shoreline Pools Inc., pleaded guilty to manslaughter in the second degree and was ordered to give $150,000 to a pool-safety organization started by the boy’s parents.

Opinion differs on whether and how much Lionetti knew about the negligence that contributed to the boy’s death, but the case should nevertheless serve as a warning to executives everywhere: you’re potentially on the hook for what your company does.

It’s also a good reminder to executives that individual criminal acts aren’t covered by a shield of immunity, even if they’re done on behalf of one’s employer. Regardless of how much one’s employer may benefit, it’s not worth it if the underlying act is a crime.

In another instance, in November 2010, the U.S. Department of Justice indicted a former top corporate lawyer for the pharmaceutical giantGlaxoSmithKline. The indictment charged Lauren Stevens with obstructing justice and making false claims about the unapproved promotion of Wellbutrin, an antidepressant, for weight loss purposes. Even though the case was recently dismissed by the court, the dismissal didn’t occur until the trial was well underway, undoubtedly after causing much grief to the defendant.

The most disturbing message about the Stevens case is that not only are prosecutors willing to file criminal charges against individuals, but they’re willing to do it even in seemingly weak cases.

Although it seems that most alleged crimes we read about in the news result in financial losses—such as was the case in Enron and other financial debacles—others, like the Shoreline case, result in the tragic loss of a life. Executives can be certain that prosecutors will be looking for the biggest fish they can find. And in Corporate America, there is no bigger fish than a CEO.

In Lionetti’s case, there’s no suggestion that he was personally involved in the installation, maintenance or inspection of the pool in which 6-year-old Zachary Cohn died after he became stuck in its drain—a rare but frequently fatal accident called entrapment.

The prosecution claimed that Lionetti should be held liable because his company didn’t install newly mandated safety devices that could have prevented the young boy’s death. Lionetti’s lawyer claimed that he wasn’t aware of the new law requiring the devices, but prosecutors contend that the company was made aware on several occasions of the new requirement. (The comments on this article on a pool industry website illustrate the varying range of opinion on whether Lionetti was in the wrong.)

Shoreline Pools employs roughly 300 people, a small company by American standards, but still too large for one person to be intimately familiar with everything that happens in it. Most major U.S. companies employ many times that number of people, and the likelihood of their CEOs knowing what’s going on at all levels of the company are nonexistent.

Cases like Lionetti’s are rare—so far. But prosecutorial success breeds imitators, so I wouldn’t be surprised to see more executives being prosecuted for their companies’ alleged criminal acts.