Considering a New Job? Please Talk to Your Lawyer 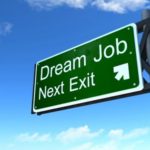 Zillow recently reached a whopping $130 million settlement with Realtor.com operator Move Inc. shortly before the two online real estate giants went to trial over alleged misappropriation of trade secrets. While the settlement amount is a far cry from the estimated $1 billion in potential damages that was at stake in the contentious legal battle, it still is an extraordinary amount of money.

And to think it all started with a job change. Ok, so it wasn’t your run-of-the-mill job switch – it involved two high-level Move executives who took important roles at Zillow.

The legal battle began in March 2014 shortly after Erroll Samuelson resigned from his job as Move’s chief strategy officer and joined Zillow as its second-highest paid executive – on the same day. The second executive was sued later in the year.

In today’s world, leaving a high-level executive position one day and taking a similar job in the same industry the next is a high-risk move. At the very least, this kind of action is going to prompt a meeting between your former employer and its lawyers. Even worse, a lawsuit may be in your future, whether a non-compete clause was involved or not.

These days, there are just too many ways for an executive to get tripped up legally when he/she decides to leave a company. I advise my executive clients to consult an attorney BEFORE they take a new job, even if they aren’t bound by a non-compete agreement.

The key legal points to remember in these cases are: geography, scope of industry and length of time. Is your potential new employer located in the same area? Is in the same field of work? Are you going to join the company immediately, or will you sit out for six months or so?

If you are an executive thinking about leaving your current job, you should first discuss these issues with your attorney before you make any kind of decision that could be harmful to you and your potential new employer. Your attorney can advise you on the risks of accepting a new job as well as explain how to properly exit a position in terms of what information you can take with you and other legal matters.

An executive has the right to seek new employment opportunities. Just do so wisely, with no regrets and with the benefit of legal counsel.