I work a lot with executives facing deposition in high-stakes commercial litigation, so I know what Bill and Camille Cosby’s legal team is doing right now: everything they can to quash the prospect that Mrs. Cosby will have to be deposed in a civil suit against her husband and, in case that tactic fails, preparing her to face tough, lengthy questioning by the plaintiffs’ lawyers. 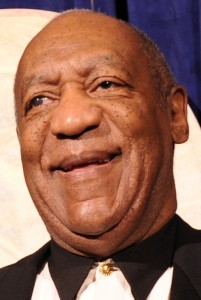 Mrs. Cosby was scheduled to be deposed on Jan. 6 in a civil suit filed against her husband by seven women who accuse Mr. Cosby of sexual misconduct and are suing him for defamation. U.S. Magistrate Judge David Hennessy, however, on Jan. 5 granted her motion to stay the deposition pending her appeal to have the deposition quashed altogether.

If she does end up getting deposed, my deposition tips for executives may come in handy. Mrs. Cosby isn’t an executive, but she’s clearly a crucial witness in an important piece of litigation, so these tips apply to her as much as they apply to anyone in the C-suite. You can read all of the posts here, but these are the highlights:

Lawyer: “So, what you’re saying is ABC?”

Witness: “I wouldn’t say that. I would say XYZ.”

Remember that deposition testimony typically gets used against you, not for you. So don’t try to win the case in a deposition. Rather, try to avoid making the highlight reel: the big mistake that the other sides uses to make their case.

This entry was posted in Depositions. Bookmark the permalink.