It’s too early to know the degree of vetting that occurred before Uber handed Anthony Levandowski nearly $700 million for his fledgling autonomous truck company named Otto and brought him aboard to lead Uber’s self-driving vehicle division. A high-profile trade secret theft lawsuit filed by Google’s Waymo self-driving car project raises serious questions about whether Uber conducted the kind of fundamental review of potential conflicts that should come when companies hire high-profile talent from competitors. As Uber assembles its legal defense, Levandowski’s decision to invoke his Fifth Amendment privilege puts Uber in an awkward position to say the least. 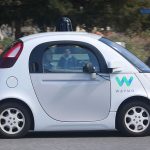 Levandowski had helped Google take the lead in self-driving technology, including key innovations in LiDAR sensors that allow driverless vehicles to monitor surroundings. Levandowski left Google in 2016 to form Otto, and according to the complaint, Google began an investigation after learning that Uber had acquired Otto only seven months later. Google’s internal review found that Levandowski had downloaded 14,000 design files from Google’s car project before leaving to form Otto.

“Google seemed content to sit on that information until Dec. 13, when a Google employee received an email from a supplier that was working on components for the lidar sensor in the company’s first production car…Strangely, though, the email’s subject line—“Otto Files”— made reference to Levandowski’s company. According to Google’s suit, the contents of the email, which seemed to have been intended for Uber rather than Google, included a machine drawing of a lidar circuit board that had Otto’s name on it but looked almost identical to Google’s. Two months later, Waymo sued Uber for trade secret theft and patent infringement, seeking damages and an injunction that could seriously impede Uber’s self-driving car program.”

So far, the judge presiding over the case has been unimpressed with Uber’s response, which claims that lawyers cannot find the 14,000 documents in question on Uber’s servers. Meanwhile, Levandowski’s computers have not been searched because he has invoked his Fifth Amendment right to avoid self-incrimination. Privilege logs released by Uber show that the company’s lawyers discussed legal concerns about the acquisition months before it was announced.

“If you think for a moment that I’m going to stay my hand, because your guy is taking the Fifth Amendment, and not issue a preliminary injunction to shut down what happened here,” said U.S. District Judge William Alsup. “You’re wrong.”

While there can be enormous value in attracting key talent that can help solve problems and leapfrog technology, this kind of high-risk talent acquisition is not easy to navigate and there is a right way to do it to avoid the legal mess Uber finds itself in. It’s usually not one mistake but a compounding of mistakes that gets companies in trouble in situations like this, and Uber may be learning the hard way that high-level hires and acquisitions are areas in which advice of experienced counsel is critical.