Executives might be tempted to aim disparaging comments at the opposing side during a deposition. Avoiding this urge can be difficult when opposing counsel is peppering an executive with questions impugning his or her credibility, competency and intellect. But resisting the temptation can prevent depositions from careening into chaos. (This is a continuation of discussion of a prior Executive Depositions Tip about remembering that talking in a deposition is nothing like being engaged in a normal conversation.) 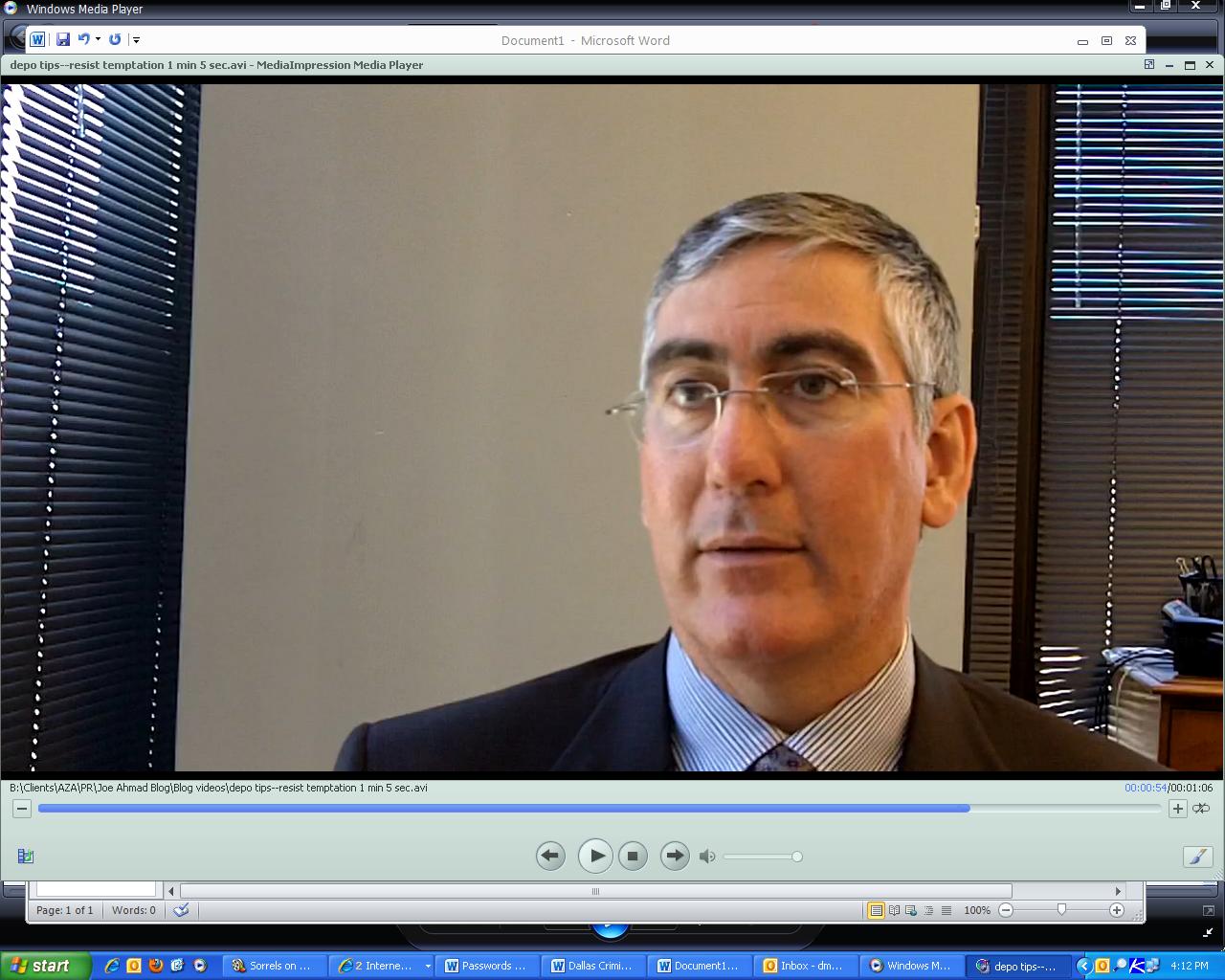 VIDEO: Executive Attorney Joe Ahmad says don't give in to the urge to cast barbs at the opposing side in depositions.

When executives stray into the land of implication and scuttlebutt, they can open a Pandora’s box that can cause as much damage to their reputation and their case as they might hope to inflict on the opposing side. Expect every snide comment and offhand remark launched against the opposing party to be hurled back, accompanied by demands of specific dates, times and locations of where these offenses occurred. If executives had forgotten that they were being deposed, this is the time they remember.

The best advice in this circumstance is to take a deep breath before answering any deposition question, especially if the question is fraught with prejudice. If necessary, restate the question in a way you would like it to be fashioned. Then, simply state the facts as they would appear on any court record. After all, any answer given in a deposition is admissible in court.