Executives face several perils in a deposition, but perhaps none more perilous than their own egos. Few executives got where they are by being shy, retiring types. They probably achieved success the old fashioned way: by being disciplined, demanding, type A workaholics.

That can be great for a company’s bottom line, but it doesn’t always play with juries. So when I’m working with an executive who is going to be deposed, I remind him or her that, in the court’s eyes, they’re no more or less important than a custodian. Reining in one’s ego is sometimes the hardest part of witness preparation, but it pays off. 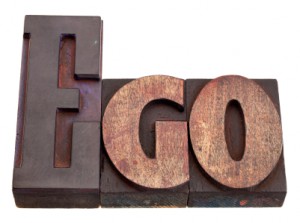 Attorneys know how prickly executives can be, and they use that to their advantage by trying to get under their skin in hopes of throwing the witness off balance. They want the executive to forget all the good advice her lawyer has given her (see our previous deposition tips) and lose her temper, be sarcastic, or just generally lose her cool.

They also don’t take potshots at the other side or the other side’s attorney. This is one of the greatest disservices Hollywood has done to the justice system. They make courtroom testimony seem like a battle of wits, an opportunity to make cutting remarks aimed at the other side.

Those remarks may work on film, but real juries seldom appreciate them. Juries actually prefer humility, honesty and sincerity—traits that many executives may find hard to access in themselves.

The most important reason to resist the temptation to make a cutting remark or a negative insinuation is that a good lawyer will call you on it. He’ll make you identify every reason you said what you said and give facts to back up any allegations. It’s usually not a gamble that pays off, and only the witness ends up looking bad.

Most executives are used to asking the questions, not answering them. But in a deposition, an attorney can (and will) follow up on an answer given by the executive. The attorney, not the executive, decides when to stop the discussion about an issue, so the executive does not get the last word—something that causes many executives to be poor witnesses in a deposition, because they just are not accustomed to it.

Of course, thinking they have it all figured out only exacerbates the problem. It takes preparation to give a deposition, and no one, no matter how smart, can just walk into an important deposition and expect to do well. Unfortunately, many executives do not appreciate this and limit the time they prepare for the deposition. The executive has to lose the ego to give a good deposition.