When I’m preparing my executive clients for a deposition, I turn on the recorder and ask them the following question: “Do you know what time it is?” 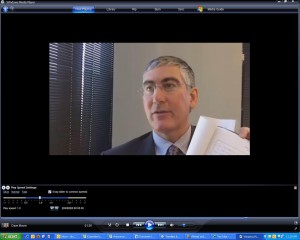 The recorder is crucial in this exercise because the client—used to normal human communication—will infer that I’ve asked him “What time is it?” and answer that question. When I tell him he didn’t answer the question, he will insist that he did—until I play the tape and he realizes that I simply asked him whether he knew what time it was. The answer to that question, obviously, was “yes,” not “10:15.”

The point is to illustrate that in normal conversations, we don’t pay attention to the literal meaning of the words used.  But in depositions, we have to.  So, the lesson I’m trying to impart is that depositions aren’t normal conversations. They’re not conversations at all, in fact. They’re question-and-answer sessions in which the answers will be parsed and dissected by extremely capable technicians—with a very distinct agenda. 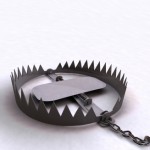 Normal conversations are exercises in inference, and even a child knows that someone asking whether we know the time actually wants to know what time it is. So learning to answer questions in a deposition is a lesson in literalism—to answer the question that was asked, not the question we think the asker meant to ask.

Complicating matters is that executives aren’t used to answering questions; they’re accustomed to asking them, and they are generally uncomfortable being the ones in the hot seat.

But being comfortable, or at least appearing to be comfortable, answering questions is critical to a successful deposition. And depositions matter. They usually matter more than what is said at trial, mostly because what’s said in a deposition can conceivably prevent a trial from happening in the first place. And if a trial does happen, if there’s even the slightest discrepancy between what’s said at trial and what was said in a deposition, you can be certain that the other side will try to make a convincing case that the interpretation that is least advantageous to you is the right one.

I’ll be writing more Executive Deposition Tips in later blog posts, but for now, I have just one question: do you know what time it is?