Executives Should Proceed With Caution When Changing Jobs 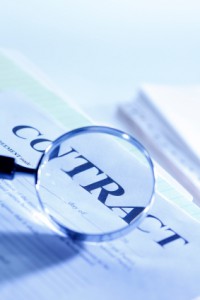 One of the biggest, and most likely, legal headaches highly placed executives can give themselves involves their actions just before and just after leaving one company and joining another. An executive’s actions during this time are critical to avoid getting himself (and his new employer) sued by his former employer over breach of a covenant not to compete, theft of trade secrets, breach of fiduciary duty, or any kind of dispute involving duties owed to the former employer.

In this blog and my next one, I’ll share some do’s and don’ts for executives who are pondering jumping ship.

Companies are not shy about suing former executives these days. Whether it’s because of the recession or just a naturally more competitive business environment, businesses are more than willing to take former employees to court over alleged breaches of the employee’s duty to the employer. Most, if not all, of those cases rely on signed agreements the executive herself signed when she joined the company, usually many years (even decades) earlier.

Many employees, particularly executives, can get sued unaware that a few steps in advance can often stave off a lawsuit.

1) Be aware of what you have signed.

The first thing I tell any executive who is considering leaving (or has already left) her employer to do is get an inventory of any and all documents she signed when she came on-board. Everything from your employment contract to the form checking out your building’s card key could conceivably give rise to litigation if anything you do could be construed as violating the terms of those agreements.

Most executives probably have no idea what documents they signed last week, let alone 10 or 15 years ago, so it’s imperative to get a complete inventory from your old employer’s HR department (which should have all those documents in your employment file). That request must be in writing, by the way.

Once you have all those documents, it’s time to make a fresh pot of coffee and read them all, taking special note of any and all obligations or expectations on your part.

Chances are, you will find even a cursory glimpse of those documents enlightening. They should provide clear guidance on what is expected with regard to trade secrets and other confidential information, ability to work for competitors, ability to solicit other employees or company clients, and other duties to the former employer.

Once you know what you’ve signed, it’s much easier to comply with those agreements. But without having those documents in hand, you (and your new employer) are flying blind.

OK, I am biased on this one. But if there is any doubt, having a lawyer analyze your particular situation is invaluable.  Also, if you have signed a contract, it inevitably contains legalese, so it’s  important to have a qualified executive employment lawyer review it to go over all of your post-employment obligations.

3) Get your new employer involved.

It’s also a good idea to show these documents to your new employer, since the company would probably be a defendant in any potential litigation arising from your employment.

If you don’t show the documents to your new employer, and your new company is sued, it’s entirely possible that your new employer may choose not to defend you—particularly if they suspect you were withholding information about such agreements during the hiring process. Full disclosure is always a good idea.