A cascade of yearbook scandals and confessions of disreputable behavior is sending quakes through Virginia political circles and beyond after decades-old yearbooks surfaced with references to racial slurs, images of students in blackface and other behavior unbecoming of those in leadership roles. 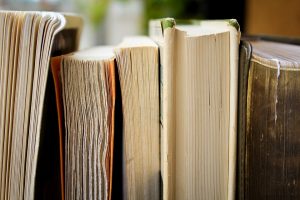 Watching political leaders squirm in the hotseat underscores a new reality for a generation of business leaders who have, until recently, avoided real concern about any participation in embarrassing, disrespectful, ill-thought and outright racist youthful behavior from a pre-internet and social media era. These leaders are becoming increasingly aware that any toxic material that might exist could surface at any time and demand a public reckoning. As a result, anxiety is rising in C-suites, boardrooms and among executives imagining a day when such questions bubble up without warning within their organization.

Publicly traded companies and their boards should be doing everything possible to avoid being surprised by such revelations from within the leadership ranks. After all, these companies must answer to shareholders and the public when such details reflect badly on the company. The “But I was young…” defense simply is no longer effective in most cases because a good chunk of the public simply won’t buy it. Likewise, it’s now exceedingly difficult to argue that society is unfairly applying an evolved view of the world to a less-enlightened bygone era.

If an exec has this in their background – whether it’s sins of youthful ignorance or sins of intent – there’s no easy PR response except to start by saying unequivocally that the actions were wrong – wrong then and wrong now. The path to redemption is rockier for behavior that occurred more recently, such as the case of Florida Secretary of State Michael Ertel, who stepped down after images emerged of him dressed in blackface mocking Hurricane Katrina victims at a Halloween party. Likewise, turmoil within the C-suite is more dramatic when a board is surprised by a public disclosure compared to when an executive self discloses proactively. These recent events should spur organizations to step up their due diligence and proceed cautiously.