Former MLB pitcher Mike Bolsinger has come up with a novel legal strategy as he (literally) relitigates his shoddy third-of-an-inning performance against the Astros in their runup to the 2017 World Series.

The journeyman pitcher gave up four runs and four walks in his ill-fated appearance in a series marred by revelations that the Astros employed an elaborate sign-stealing operation in an attempt to give their offense an upper hand.

Continuing to maintain that the Astros’ 2017 sign stealing cost him a job in the major leagues, former Toronto Blue Jays pitcher Mike Bolsinger refiled his lawsuit against the team in Harris County District Court on Thursday afternoon.

Bolsinger, who hasn’t pitched in the majors since allowing four runs and four walks in a third of an inning against the Astros on Aug. 4, 2017, contends his signs were trade secrets under Texas’ Uniform Trade Secrets Act. He is seeking more than $1 million in damages.

The details of the Astros’ scheme are well-known by now. Spies in the outfield used a high-powered camera to intercept hand signals to the opposing team’s pitchers. Astros batters were then alerted about the likely pitch that was on the way by banging on a metal trash can. 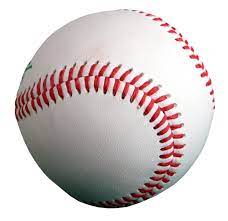 “The owners of these trade secrets had taken the reasonable measures customary in the baseball industry to keep the signs secret,” Bolsinger’s suit reads. “Moreover, the signs derived independent economic value, actual or potential, from not generally being known to, and not being readily ascertainable through proper means by, another person who can obtain economic value from the disclosure or use of the information.”  But this seems to gloss over the question of whose “trade secret” it is – and that is assuming it meets the legal definition of trade secret under the law.

I touched on some of the lawsuit’s weaknesses in a recent Law360 article:

While TUTSA broadly defines who qualifies as a trade secret owner, Joe Ahmad of Ahmad Zavitsanos Anaipakos Alavi & Mensing PC, told Law360 on Friday that he believes there’s a “real issue as to whether he has any ownership interest at all in the signs.”

“They belong to his team, and I don’t know that he can claim an interest in them,” he said.

But Bolsinger’s problems don’t stop there. He will have a difficult time proving that his pitching would have been more effective without the Astros’ sneaky measures. While courts have emphasized “a flexible and imaginative approach to the problem of damages,” to quote an often-cited passage from University Computing v. Lykes-Youngstown Corp., 504 F.2d 518, 538 (5th Cir. 1974), Bolsinger will still have to prove a connection between the harm he is claiming – damage to his MLB career – and the taking of the trade secrets.  A judge or jurors might be skeptical that his MLB career was derailed by that one brief outing. Bolsinger has reportedly performed well in the minor leagues and in Japan. Professional baseball is a sophisticated free market for talent. If just one team thinks he has the stuff, he will be called back.  And if he is right, it would seem that at least one team would recognize this and overlook that outing.

Supreme Court Justice John Roberts famously claimed that a judge’s role is focused on calling balls and strikes. Bolsinger may want to think twice about his chances with this one.