Even by today’s standards of board oversight in the #MeToo era, the speed of McDonald’s CEO Steve Easterbrook’s fall was breathtaking. In just four short years at the helm, Easterbrook was credited with nearly doubling the company’s share price and helping reposition the chain in the fast food market. But his swift termination last week is just the latest example of how execs are no longer untouchable. The #MeToo movement has brought long-overdue sensitivity to sexual harassment in the workplace, and corporate c-suites are now littered with the careers of executives who engaged in inappropriate relationships. In his case, Easterbrook was cut loose quickly for having a consensual relationship with a subordinate in violation of company policy. 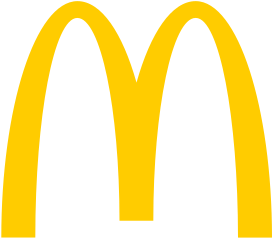 Before this happened, McDonald’s was facing dozens of sexual harassment-related lawsuits and EEOC complaints over claims that the chain allowed a toxic work culture to flourish at its independently owned franchises. Easterbrook appeared to be committed to turning the company’s reputation around. He implemented sexual harassment prevention training throughout the chain, along with a policy forbidding consensual relationships with subordinates. With that as a backdrop, it’s even less of a surprise that the board acted so quickly and decisively. After all, it’s hard to claim an organization takes sexual harassment policies seriously when the CEO is allowed to operate under different rules than the rank and file.

Allowing Easterbrook to remain would have sent a message that the company wasn’t serious. Even if a relationship is consensual – as it reportedly was in this case – when a boss dates a subordinate the power imbalance creates a dynamic that cannot be eliminated. It’s important to remember that a company is not shielded from sexual harassment liability just because a relationship is “consensual.” Legally, the issue is whether the behavior is “unwelcome.”  A supervisor has the power to give the employee unfair advantages—or ruin their career if the relationship unravels.  So sometimes a “consensual” relationship is not necessarily a welcome one.

Although he was cut loose quickly by McDonald’s, he was hardly kicked to the curb. The board categorized his termination as “without cause,” which allows Easterbrook to leave with an eye-popping $37 million in stock awards and roughly $675,000 in severance and health insurance benefits. Makes you wonder how that compares to lowly store managers facing similar accusations.