If there’s a change of control, an executive needs options in writing

Change of control agreements, or golden parachutes as they are more commonly known, can be a lifesaver for an executive whose employer is purchased by another company, but these agreements also are rife with pitfalls.

The most common problem is that, while the original agreement is negotiated between the executive and her current employer (with whom she is presumably on good terms), the entity that will ultimately be called on to make good on the agreement probably will not be her current employer. It is more than likely that a total stranger will be the person deciding whether to pay good money to a soon-to-be-ex-employee. 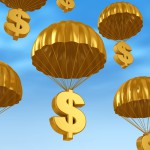 Negotiate that golden parachute up front

The key, then, is in the drafting of the agreement. The executive needs to carefully define two terms: “substantial reduction in pay” and “material diminution of duties.” If an executive can show that his employer has caused him to experience either of those terms, then he can trigger the change of control agreement.

As you can imagine, though, both terms are wildly open to interpretation. Regarding pay, the agreement needs to define whether “pay” includes bonuses, commissions, stock options, and other perks that executives typically receive. And there are other questions: If the executive’s bonus range had been “0 to 20 percent of annual salary” and it’s changed to “5 to 10 percent of annual salary,” is that a “substantial reduction in pay”?

And what, exactly, is a “material diminution of duties”? If an executive had been VP of worldwide sales and is now only VP of U.S. sales, is that sufficiently material?

Another issue is timing. If an executive resigns because she claims to have had either a substantial reduction in pay or a material diminution of duties, then the new employer may fight paying her if the executive waited too long to resign. Or she didn’t wait long enough.

Trust me: the new employer will seek to construe everything in the change of control agreement to their advantage, whether it’s timing or what constitutes a substantial reduction in pay or a material diminution of duties. So the less an executive leaves up to interpretation when the agreement is initially drafted, the better.

All this to say, if you’re negotiating a golden parachute with your current employer, get your own lawyer, one who knows what can go wrong in the real world. Your current employer may be a longtime colleague, your roommate from college, or your grandmother. Don’t let that dissuade you from looking out for your interests now. Even though your best friend may be across from you at the table today, that’s not who’s going to be there when it’s time to pull the ripcord.