A Texas appellate court recently stiff-armed the Buc-ee’s convenience store chain for a poorly considered retention pay provision that amounted to “unenforceable restraints of trade.” The court’s interpretation of the retention pay provision is a learning opportunity for employers who are increasingly using techniques once reserved for high-skilled and specialized workers in an effort to reduce turnover of general employees in a tight labor market.

The October ruling stems from a dispute with former Buc-ee’s assistant manager Kelley Rieves, whose $55,000 annual income was divided on her paychecks between hourly pay and retention pay. In exchange for her retention pay, the contract required that Rieves remain employed for at least 48 months and provide six months’ notice before leaving for any reason. Finally, the contract required that she return the retention pay she had already earned if she quit for any reason during that time period, including if she was fired, took a job with a non-competing business or simply left the workforce altogether. 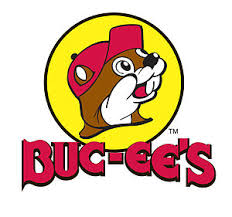 When Rieves resigned from Buc-ees after about three years and took a job with a non-competing employer, Buc-ee’s demanded that she return $67,720 that had been classified as retention pay. A Brazoria County trial court initially ruled in Buc-ee’s favor granting summary judgment and awarding attorney fees for Buc-ees, which increased the total penalty to nearly $100,000.

But a three-judge panel from the Texas 14th Court of Appeals had problems with the contract language, writing: “These provisions go far beyond protecting any legitimate competitive interest of Buc-ee’s, impose significant hardship on Rieves by clawing back substantial compensation already paid to her and on which she had paid taxes, and injure the public by limiting choice and mobility of skilled employees.”

The obligation that Rieves return her income was designed to prevent her from leaving Buc-ee’s, but that was not a reasonable restraint of trade under Tex. Bus. & Com. Code 15.50 because it applied whether Rieves went to a competitor or to any employer at all. This is particularly true when an employment contract  requires the employee to pay back money they already received – which a lot of employees will have already spent – as opposed to simply forfeiting payments in the future.  Finally, it is helpful to tie the obligation to a legitimate business interest, such as working for a competitor.

Accordingly, retention strategies like these are potentially problematic on several levels, particularly when used for non-skilled, rank-and-file workers. In such cases, employees typically lack bargaining power when they agree to such contracts and often don’t consider the consequences. The stiff penalties for leaving for another job make it difficult for workers to advance in their careers and increase their earning power. When it comes to executive-level or workers with highly specialized skills, employers can make a strong argument for such arrangements, which often hold up to legal challenges.

Such policies are also common in the fast-food industry, where franchises often agree not to hire each others’ workers, thus keeping wages down despite a tight labor market. A recent review of 40 fast-food companies found that 32 (including Burger King, Domino’s and Pizza Hut) imposed restrictions in which workers were often not allowed to take new positions without their bosses’ written permission. A lawsuit against CKE Restaurants Holdings and McDonald’s, filed in Los Angeles Superior Court and Illinois District Court, seeks class-action status on behalf of tens of thousands of workers who claim the restrictions have hindered their career advancement.