Is It Time To Hire a Criminal Defense Lawyer? 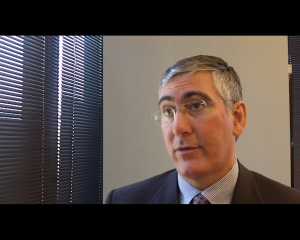 The intriguing and continuously unfolding Wal-Mart Mexican bribery story brings up an issue of great importance to executives these days: when it is time to find yourself a good criminal defense lawyer?

After all, with Sarbanes-Oxley, Dodd-Frank, and the Foreign Corrupt Practices Act, among others, the opportunities for executives to run afoul of the law seem to be multiplying. And with the increased globalization of almost every industry, the chances of breaking an American law just by following another country’s business customs is quite high.

In many parts of the world, bribery isn’t just commonplace. It’s expected and nearly impossible to do business without. In the Middle East and South Asia, it’s known as baksheesh, and in Mexico it’s mordida. But whatever it’s called by the locals, it boils down to bribery.

(The horror expressed by Mexican officials that Wal-Mart may have bribed local officials reminds me of Captain Renault in “Casablanca,” who claimed to be “Shocked, shocked!” that there was gambling at Rick’s, just as he was being handed his evening’s winnings.)

How do you know who to hire? The best way to find an excellent criminal defense lawyer is by referral from your general lawyer. Every executive should have a civil attorney with whom they have a regular relationship, and that lawyer should be an acknowledged expert in his or her field, whether it’s labor and employment, executive compensation, or another practice area. That lawyer will, almost by definition, know the top lawyers in other fields and know who would be the best person to call in the matter the executive is facing. And just as important, that lawyer will know when it’s time to call a criminal defense lawyer. So if you even get a whiff of a criminal investigation–or the potential of a criminal investigation–call your “general” lawyer. He or she should know whether you need to “lawyer up” and, if so, who to call.

Your company has a stable of lawyers. Can’t you just use that person? Definitely not. The lawyers your company have, whether they’re outside counsel or in-house, are ethically bound to your employer, and your interests and your employer’s are not always aligned. It’s not unheard-of for a company to toss its founder if that person is implicated in criminal acts. That may or may not be in Rupert Murdoch’s future, depending on how the Leveson Hearings go.

Other than the money spent on having one’s own attorney, there’s no downside to it and lots of upside. Most importantly, everything said to one’s own attorney is privileged and can’t be shared with the company. There are plenty of reasons an executive may want to maintain attorney-client privilege, so that point can’t be overstated.

The laws governing corporations and their executives today are multiple and increasingly complex. And while some of these laws are intuitive and would require some criminal intent to violate, not all fit that definition. Even well-meaning executives who don’t have a consciously criminal bone in their bodies could find themselves targets of a criminal investigation.

Having the wisdom to hire a criminal defense lawyer early in the process can mean the difference between a long, fruitful career and a ruined reputation, or much worse.