Executives are used to signing Covenants Not to Compete, and unless they’re overly broad, they’re often enforceable in Texas. Executives, after all, typically receive a fair amount of consideration in exchange for the potential future restraint of trade: they’re often highly paid, privy to a wealth of confidential information about their employers, and often receive specialized training.

The same cannot be said about the person who makes or delivers sandwiches. Not unless sandwich-making got a lot more complicated and well-paid in the last few years (and something tells me it hasn’t). 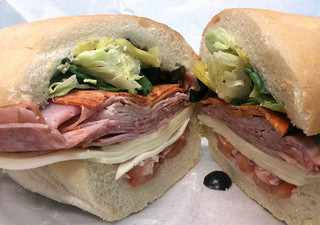 Jimmy John’s, the purveyor of submarine sandwiches, reportedly requires its sandwich makers and drivers at its 2,000 outlets nationwide to sign non-compete agreements that prohibit them from working at any business that “derives more than 10% of its revenue from selling submarine, hero-type, deli-style, pita and/or wrapped or rolled sandwiches” for two years. Not only is the employee prohibited from working at a competitor within three miles of the Jimmy John’s the employee worked at, but at any other Jimmy John’s.

According to an attorney representing a disgruntled Jimmy John’s employee, the clause effectively blacks out 6,000 square miles in 44 states and the District of Columbia. To sandwich-making.

I can’t speak to the law in the other 49 states or D.C., but suffice it to say that, if Jimmy John’s were to seek to enforce this agreement in a Texas court, the company would have a hard time being successful.

As I wrote back in August, when considering whether a non-compete is enforceable, courts will consider a couple of factors:

For executives, the first criterion is satisfied because executives typically have access to confidential information, which is the primary type of consideration for a non-compete. Other considerations would include specialized training (and it does have to be specialized) and equity or options in the employer.

It’s doubtful that sandwich makers at Jimmy John’s are receiving sufficient consideration for such an onerous non-compete.

As to “reasonableness,” there is no bright line determining what is or isn’t reasonable. In general, any restriction more than two years is typically unenforceable, but an executive could argue that even six months is too long if whatever confidential information the executive is privy to would be dated within three months of his departure.

One wonders how much confidential information one could gather making sandwiches. I suspect it’s not that much.

When it comes to geography, again, it’s a case-by-case basis. The central question is “What’s going to cause the company harm?” If, for instance, you were the manager for the Gulf region, you’re probably not going to do your former employer any harm by taking a position in the northeast. But if your responsibilities and confidential information apply nationwide, then a “reasonable” geographic limitation would be considerably bigger.

Again, when it comes to sandwiches – which are sold just about everywhere – it’s tough to see how much competitive harm a former sandwich jockey could do, even if he went to work at the shop across the street.

But what happens if one of those employees wises up and balks at signing?

At least in this case, the employee found a lawyer willing to take the case. And in a similar case in California (where the laws pertaining to non-competes are considerably different, mind you), the defendant was slapped with actual damages of more than $200,000 and punitives of more than $1 million. (Walia v. Aetna, Inc., 01 C.D.O.S. 9867).

One other negative consequence to requiring low-level employees to sign the kinds of agreements that typically only apply to highly paid executives? A rash of terrible publicity.