Back in April 2013, when the Texas Legislature was still considering whether to adopt the Uniform Trade Secrets Act (it ultimately passed), I predicted that a sticking point would be the inclusion of “a list of actual or potential customers or suppliers” in the list of what would be considered a trade secret. 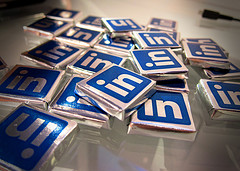 My reasoning at the time:

If a total stranger could obtain a list of a company’s customers through publicly available means (Google, LinkedIn, etc.), then why should an executive or her new employer be forbidden from using that same information?

I still feel that way, but it appears that a federal judge in California doesn’t necessarily agree with me. Or, I should say, he doesn’t see the LinkedIn defense as the slam dunk I think it is, because he declined to grant a defendant’s motion for summary judgment based on the defendant’s assertion that his LinkedIn profile provided him with the same information his former employer is claiming is confidential.

Because the Court declines to take judicial notice of the functions of LinkedIn, and because the parties’ declarants do not make sufficiently clear whether and to what degree [defendant David] Oakes’ LinkedIn contacts were indeed made public (and whether this was done with Cellular’s explicit or implicit permission), there remain issues of material fact as to the LinkedIn information.

Of course, Mr. Oakes may ultimately prevail on this argument, and I would contend that such a finding would be justified. Fortunately, not all courts have agreed with Judge Pregerson, as I have successfully mounted such a defense on more than one occasion. But executives who have recently changed jobs – or are considering changing jobs – should know that simply because their customers are also LinkedIn contacts doesn’t mean they aren’t still considered their employer’s trade secrets.