Dallas Cowboys owner Jerry Jones has himself in an ideal succession situation. He waited to draft the perfect candidate – Dak Prescott. He and can now let potential future star quarterback Prescott learn while aging star Tony Romo still has the ball. 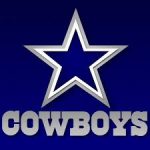 Boards and C-Suite folks should think like Jones: Keep your stars in place, but keep an eye on the future of the company. A CEO can fall at any time, be it from a physical problem like the cancer that took Apple’s Steve Jobs, a sexual harassment scandal like the one that felled Fox News’ Roger Ailes or a government investigation like the New Jersey inquiry that caused United Airlines to drop Jeff Smisek.

Certainly the NFL may not always get it right or do it smoothly. Just look at the Indianapolis Colts; they couldn’t afford Peyton Manning and Andrew Luck, so they tossed their older star. Of course, corporate America doesn’t have to deal with NFL salary caps. Nor does corporate America have to bench one player for another to be useful. A CEO successor can be the COO or president or serve some other role in the corporation while being groomed to take the helm should there be a natural succession or a sudden need for a replacement.

A 2014 study by the National Association of Corporate Directors showed that two-thirds of U.S. public and private companies reported they still have no formal CEO succession plan in place. Even though it can be awkward to plan for a company leader’s exit, having no plan is bad for shareholders, bad for employees and bad for business. This can be especially devastating to a smaller business. Even family businesses can have this problem as The Economist notes in discussing a lack of succession planning in family oil businesses in the Arabian Gulf.

MIT Sloan Management Review this summer cited the example of Surveymonkey whose CEO died unexpectedly last year. There was no succession plan. The company looked at 75 candidates before making a choice two months later, only to have that person be replaced six months after that. That uncertainty and tumult had to cost them.

Apple did it right when the company knew Steve Jobs would be leaving, as I wrote back in 2012. Warren Buffett has been careful about this too. He realizes that such a plan allows people to stay invested and believe that things are, and will be, under control. Boards and incumbent CEOS owe it to their constituencies inside and outside the company to deal with the sensitive subject of passing the baton. Just as a smart company buys insurance for unforeseen problems, a smart company has a succession plan even if it seems the CEO is in great health and the horizon appears to be without scandal. Accidents and quarterback sacks happen.