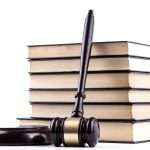 There’s a bigger story behind a Florida judge’s recent ruling in one of the first lawsuits brought under the new Defend Trade Secrets Act (DTSA).

U.S. District Judge Cecilia M. Altonaga dismissed, at least temporarily, a lawsuit filed by an engineering and telecom services provider working as a subcontractor on the renovation of the city of Miami Beach’s convention center.

M.C. Dean Inc. filed a claim under the DTSA in May, just days after it was enacted. The company sought injunctive relief to recover employee payroll data it claimed was wrongly obtained by an electricians union from the city.

Judge Altonaga ruled that while M.C. Dean raised plausible allegations that the data had value that was worth keeping confidential, it failed to show it took reasonable actions to protect its payroll information.

“M.C. Dean fails to allege it took reasonable steps to protect the secrecy of the information at issue, thus failing to satisfy the definition of trade secret as to both counts,” the judge said.

However, Judge Altonaga refused the city and union’s request to have the case dismissed with prejudice. She gave M.C. Dean some time to refile an amended complaint that shows it took reasonable actions to protect its confidential information. Stay tuned.

The bigger issue, I believe, is the fact that the case was dismissed so early. That probably would not have happened in state court.

The DTSA, overwhelmingly passed by Congress in April, allows trade theft claims to be filed in federal court. Previously, these actions could only be pursued in state courts.

As I wrote earlier, I’m not sold on the need for the DTSA – and the Florida ruling only confirms my skepticism.

I represent executives in a variety of matters, including trade secrets. I know from experience that in state courts, these types of lawsuits are rarely punted at the start.

“Although this pleading standard does not require detailed factual allegations … it demands more than an unadorned, the defendant-unlawfully-harmed-me accusation,” she wrote.

It’s important to remember that trade theft lawsuits often are filed quickly. A company suddenly realizes that confidential information may have been stolen. It rushes for a remedy – an injunction to secure the information as it builds its case. State courts understand this.

So if a federal court is going to hold your claim to a higher standard, is it the proper venue to use?

I don’t know the merits of the Florida lawsuit – but I do know that valuable time has been lost in pursuing the claim, not to mention the ego-deflating effect of losing right out of the starting gate.

You need to give careful consideration to filing a trade secret theft claim in federal court. Is it the best legal avenue to pursue? I’m not so sure.