It seems we can’t go for more than a few months without a CEO’s romantic entanglements getting him into trouble. The latest victim, if you can call him that, is former Stryker Corp. CEO Stephen P. MacMillan, who was recently pushed out of his post over concerns about an alleged extramarital affair with a former employee. 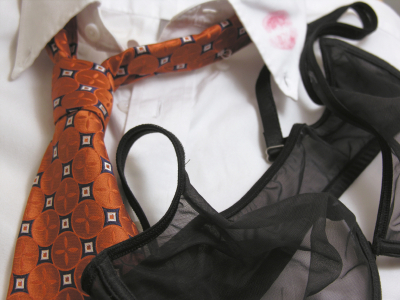 You can read the full story over at the Wall Street Journal (subscription required), but to summarize, MacMillan had asked Stryker Chairman William U. Parfet and governance and nominating committee head Louise Francesconi for approval to date the employee. MacMillan was already in the process of getting a divorce, so he was told that he could date the employee as long as she quit first, which she did.

Shortly thereafter, though, according to the WSJ, rumors began to surface that the relationship had actually begun before the employee left the company—and even before his marriage ended.

Like most romantic relationships, of course, it’s complicated. It’s also emotional and messy—and it has no place in the office. Most of us know that offices romances are risky, but we tend to think of that risk in the sexual harassment context only.   But really it goes further than that.  Steering clear of offices romances is part of behaving in an upright ethical manner.  It’s not just the right thing to do for one’s own personal life; it’s the right thing to do for one’s company and its shareholders. It’s not overstating it to say that CEOs may have a fiduciary duty not to engage in extramarital romantic shenanigans, at least when it can cause damage to the company, and often times, it can and does.

Rumors about unethical behavior can spread like kudzu on the internet and social media. Any individual or investor group with a beef about the company or the CEO can leverage those rumors to their advantage and cause major problems for all concerned.

That was definitely the case with former Hewlett Packard CEO Mark Hurd, who resigned over allegations of sexual harassment and received a hefty severance package that raised the ire of a group of investors. Reports of mixing business with pleasure also helped to derail the campaign of former GOP presidential candidate and former National Restaurant Association president Herman Cain.

The WSJ has compiled a summary of CEOs whose personal misjudgments have cost them their jobs. They’re useful cautionary tales for any executive with an eye on the corner office, and a timely reminder to keep one’s personal life on the straight and narrow.

For a CEO involved in an extramarital affair, an angry spouse may be the least of his or her problems.