On the Court or in the C-Suite, Leaders Embrace Win-at-All-Cost Drive at Their Own Peril

The NCAA basketball kickback scandal is just getting started and it’s already bagged a big one – Louisville’s Rick Pitino, who was forced to resign after details of the wide-ranging probe were unveiled. Expect many more heads to roll as investigators unravel an unseemly network of shoe company reps, sports agents, financial advisors, Division I coaches, and parents – all angling to feed from the trough of collegiate athletics. 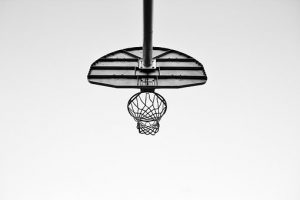 Pitino’s fall from grace raises a fundamental question – why would a marquee coach already under a multimillion dollar salary risk involvement in such a scheme that has now cost him his job and reputation and could lead to criminal charges? Considered one of the most ethically challenged coaches of his generation, Pitino was personally familiar with the NCAA notoriously toothless role as a regulator. Perhaps participation in a scheme like this had simply become the cost of doing business for him.

Writes Seth Davis in The Fieldhouse: Neither Pitino nor anyone on his staff was among the ten men who were arrested Tuesday morning. None of the head coaches at the four schools where assistants have been charged were fired. But given the fact that Louisville is already on NCAA probation, and given Pitino’s own sordid past, the school had no choice but to cut him loose.

He is unquestionably one of the most brilliant coaching minds ever to prowl the sidelines. He is also one of the most ethically compromised. For more than four decades, the shine of his talent has been greater than the shadows of his controversies – until today, that is, when the University of Louisville put him on unpaid administrative leave in the wake of revelations about an FBI investigation into college basketball.

Likewise in the business world, leaders in many cases are too willing to break the rules – not necessarily for personal enrichment – but to maintain a competitive edge. Take the case of former United Airlines CEO Jeff Smisek , who was forced to resign in 2015 after he was caught up in the Bridgegate scandal, which revealed that he had been pressured by Port Authority Chairman David Samson to create an unprofitable twice-weekly flight between Newark and Columbia, South Carolina, to curry favor with Samson, who had a vacation home near Columbia. The scandal cost Smisek his position at the helm of United Airlines; he took a controversial combined $28.8 million severance that included a stipulation that he cooperate with criminal investigations and an agreement to return the funds if the investigation leads to a conviction.

The motive for Smisek – and perhaps for a coach like Pitino – was not a desire to enrich their own pocketbooks. Instead, it was the pressure to gain a competitive advantage. Only after they’re caught, it seems, do they have the bandwidth to contemplate whether it was worth it.