Executives looking to maximize their compensation have many ways to do so besides a bump in salary, including bonuses, stock, stock options, retirement plans, retirement insurance, golden parachutes, and other perks of the company-jet and season-ticket variety. There is great temptation to do everything possible to increase the value of individual elements in one’s compensation package, but there are right ways and wrong ways of making that happen.

The right way: being a visionary leader who inspires others to do such a fantastic job of keeping customers happy that the company’s stock price goes through the roof, thereby increasing both shareholder value and the value of one’s own compensation package.

The wrong way: deceiving shareholders and regulators about the value of stock options through a little trick called options backdating. 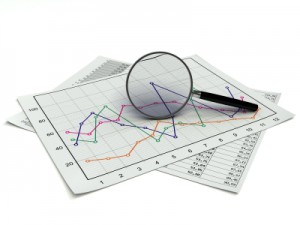 Here’s how it works: Say you’re CEO of ABC Widgets Inc., and the company has issued you options on 100 shares of company stock, which today is worth $100 a share. Once the share price goes up, you can exercise your options to buy the shares and sell them for the higher amount, thereby making a tidy profit. All legal and fine.

But three months ago, your company’s stock was trading at a mere $85 a share. How about, instead of saying you got your stock options granted today, when the stock is $100 a share, we claim you got the options three months ago, which instantly gives you a $15/share profit? That’s an extra $1,500 in walking-around money—and, of course, you don’t tell the shareholders any of this. (In the real world, we would be adding several zeros to the end of all these numbers, but I’m keeping it simple for the purposes of conversation.)

Why shouldn’t an executive take such a deal? Two reasons. 1) It’s dishonest and 2) it’s incredibly easy to get caught.

So why do companies do it?  Because they can pay compensation without 1) incurring a compensation expense (which has the effect of lowering earnings) and 2) disclosing to shareholders what they are paying their employees.

The Securities and Exchange Commission has seen it all, and options backdating are among the simplest, most obvious ways of scamming the system. If regulators notice that all of a company’s options are ever-so-conveniently granted at the bottom of the company’s stock price, right before a steady climb, then they’ll take notice. And that may lead to a much closer look at the company’s books.

Of course, Sarbanes-Oxley, the massive rewrite of U.S. Securities laws that went into effect in 2002, was supposed to address options backdating by requiring companies to report grants of stock options within 48 hours. Although this may have lessened the problem of options backdating, it certainly hasn’t completely been eliminated.

If you’re negotiating your compensation package, and someone suggests that you can get stock options granted at a price lower than it’s traded at today, don’t do it. Insist that the options be granted at today’s price and memorialize that agreement in writing and in ways that can’t be falsified. Better yet, ask for restricted stock.  Of course, the company will have to incur the compensation expense, but then again, it is supposed to when it pays compensation.

It can’t hurt to involve your company’s outside counsel (because in-house counsel may be receiving the same options) or a lawyer with no conflicts of interest.

The slight upside of making extra money isn’t worth the hassle of spending months or years fighting a battle with the SEC. American executives have enough on their plate today without adding an entirely avoidable scuffle to the mix.