The state-by-state patchwork of noncompete laws is difficult enough for U.S.-based businesses, let alone employers with a cross-border presence. I had the pleasure of exploring this topic with a panel of U.S. and UK-based employment lawyers as part to the ELA/ABA 7th Transatlantic Conference: The Global Working World – Evolution, Opportunity and Challenge earlier this month. The panel included Morrison & Foerster global employment lawyer Eric Akira Tate, who co-chairs the ABA Section of Labor and Employment Law’s Subcommittee on Covenants Not to Compete with me, as well as Tarun Tawakley of London-based Lewis Silkin, and Jennifer Millins of London-based Mishcon de Reya. 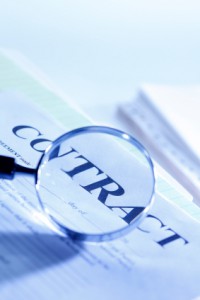 We all agreed on at least one thing – the inconsistent framework for enforcing covenants not to compete here in the U.S. doesn’t make it easy on anyone. With enforcement left to each state, the results can be wildly divergent. Two states with among the largest and most powerful economies offer a great case in point. California bans most noncompetes while Texas continues to generally enforce reasonable noncompetes.  While noncompetes can be unfair for low-wage and unskilled workers, they can also result in a brain drain for the most in-demand, who move elsewhere for better career opportunities.

I’ve written previously about overreliance on these agreements and the momentum building to limit their reach.

Our panel noted that many other countries enjoy a more unified approach. Differences between the U.S. framework and that of many other countries are apparent when looking at the Biden administration’s recent executive order to scale back enforcement of noncompetes. The reality is that the executive order is not likely to have a significant impact anytime soon because these laws are created at the state level. The Biden order simply asks federal regulators to look at the issue, but real change will require new legislation.  In today’s polarized environment, that seems unlikely at the federal level.