Anyone monitoring the headlines might guess we’re talking about our commander in chief, but President Trump’s cavalier online habits have strong parallels with some leaders in the business world. While Fortune 500 corporations are far ahead of the data security curve, given increasingly strong board and shareholder oversight, it’s not uncommon for smaller companies – particularly privately held businesses – to be led by executives who might be headstrong, less accountable and less inclined to change habits and follow the rules regarding data security best practices. 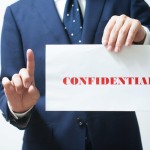 Revelations that President Trump appears to be using an older model Android-based cell phone are shocking to those who understand the hacking threat, and recent business headlines bring home why it’s so important for businesses to do everything possible to protect data in our knowledge-based economy. Anyone following the news in this area will see lawsuits alleging increasingly creative ways to steal trade secrets. In Houston, Statoil Gulf Services recently sued its former chief technology officer, arguing that he stole trade secret technology, transferred them to his wife, and had her patent the technology. Click here to view Joe Ahmad’s interview with the Houston Chronicle about this lawsuit.  But a key issue in almost any trade secret case is whether the information is a secret.

Businesses that do not do their best to protect trade secrets often find it more difficult to prove to a jury that their secrets have been stolen. In the recently concluded ZiniMax v. Facebook/Oculus trial, ZiniMax won a $500 million verdict against Facebook, but failed to convince jurors that its trade secrets had been stolen by departing high-level employees who had been hired by Facebook. The jury’s decision was likely influenced by testimony that showed the company had not taken steps to keep those secrets secure. See Joe Ahmad’s interview with Polygon.com here.

The possibilities for trade secret theft are infinite and evolving, and defenses for yesterday’s attack may not help you tomorrow. Whether you’re the president of the United States or the president of an oil and gas company, today’s leaders should be working with the premise that it’s not a matter of if, but when a hacker will infiltrate your network. With that in mind, executives should be doing everything possible to make those intangible digital assets as secure as possible, and understanding that using an unsecure cell phone is the equivalent of leaving the back door to the warehouse wide open.