A few weeks ago, I wrote about the phenomenon of individual executives being held criminally liable for the acts of their employers. Now, we have a case that opens the possibility of the opposite happening: an executive who is the alleged wrongdoer putting the company at risk.

It’s the case of Radio Shack executive Dawn Callahan-Kettlewell, who has been indicted in Ohio on charges of fraud stemming from her work at the now-bankrupt InkStop. She was hired shortly before the indictment was handed down, but Radio Shack knew of her legal troubles (including several civil suits) before hiring her. 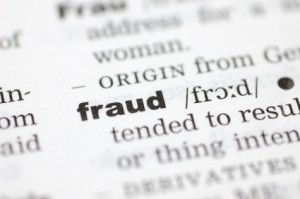 The Fort Worth Star-Telegram’s Mitchell Schnurman quoted me as being shocked that Radio Shack would take such a risk – particularly given how fiercely Texas businesses fought for and defended the state’s at-will employment doctrine.

Texas employers have the right to fire employees for good reasons, bad reasons, and no reason at all. Under our criminal justice system, the accused is presumed innocent until proven guilty, but the employer does not have to take that risk.  Employers can, and often do, fire someone based on allegations long before a criminal conviction.  So it confounds me that Radio Shack wouldn’t fire someone based solely on these allegations.

After all, according to the Star-Telegram’s Schnurman, “she was part of a group accused of cooking the books and now works closely with senior executives at a publicly traded company.” (For more background on this case, I strongly recommend reading Schnurman’s excellent article.)

Surely, in this economy, there must be someone with the qualifications to do this job who doesn’t face a fraud indictment.

Why do I find this case so troubling? Here are just a few of the reasons:

Morale issues galore: You would think that the rank-and-file workers at Radio Shack undergo criminal background checks, and it’s hard to imagine that some of them haven’t been penalized for much smaller offenses than what Callahan-Kettlewell is accused of doing. How do you say to the guy in the mailroom who got arrested for a bad check that, although there’s a Senior VP indicted for fraud, the mailroom guy has to go?

SEC issues: If Radio Shack were to ever end up on the wrong side of an SEC investigation, then the SEC certainly would be salivating at the notion of one of the company’s senior executives already having been indicted for fraud.

Shareholder lawsuits: What if, down the line, Callahan-Kettlewell commits fraud while at Radio Shack, and the company’s shareholders sue? Do you tell them “We knew that she’d been sued and indicted, but we thought we’d roll the dice on her”? Even the best defense lawyers would cringe at trying to make that case.

This is one of those cases that simply leave me shaking my head in disbelief – and when you’ve been a lawyer as long as I have, there’s almost nothing that will do that anymore.

I’m sure there’s more than meets the eye here, and I plan to stay tuned to see how it all unfolds.