A recent New York Times article by Conor Dougherty puts a human face on the damaging consequences that result when workers in broad swaths of the economy are required to sign noncompete agreements as a condition of employment.

While the statutes have been widely embraced by pro-business state lawmakers over the last decade, regional economies are starting to feel a negative impact. By effectively preventing experienced employees in entire sectors – including vast portions of the Texas economy like oilfield services – from leaving to work in similar positions at other companies, the result is a stifling of innovation in which experienced workers change careers rather than advance in their chosen professions. 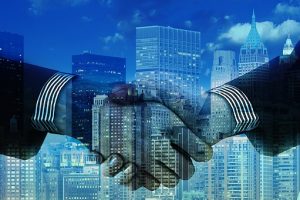 Other negative effects include depressed wages and an exodus of experienced workers to states that do not have non-compete statutes. Recent studies have found that about one in five U.S. workers are bound by non-compete agreements but only a fraction of workers burdened by noncompetes are in possession of the kind of sensitive business information that the statutes are meant to safeguard.

As Dougherty notes, the impact on individual workers who inadvertently run afoul of these agreements can be devastating.

“Employment lawyers know this, but workers are often astonished to learn that they’ve signed away their right to leave for a competitor,” Dougherty writes. “By giving companies huge power to dictate where and for whom their employees can work next, noncompetes take a person’s greatest professional assets – years of hard work and earned skills – and turn them into a liability…Put it all together, and suddenly some of the main avenues for finding a better-paying job – taking a promotion with a competitor, being recruited by an old colleague – are cut off.”

In addition, states with strict enforcement end up suffering from a brain drain as their most valuable workers move elsewhere for better career opportunities. An employee with 10 years of experience should be an asset, but in this environment such experience is a liability in terms of career mobility. Meanwhile, California does not enforce such statutes, and companies based there continue to be worldwide leaders in innovation.