SCOTX Asked to Keep a Few Too Many Secrets

Yesterday, the Texas Supreme Court heard an important case involving the recently enacted Texas Uniform Trade Secrets Act (TUTSA), and it could profoundly impact how trade secret cases are litigated in Texas. This case concerns whether a plaintiff can banish a defendant accused of theft of trade secrets from the courtroom when the alleged “secrets” are being discussed. 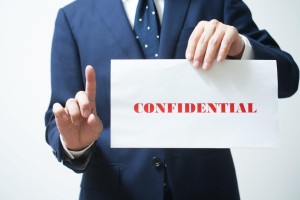 That seems like a dangerous idea: sue someone and then have them kept out of court during the most important part of the case.

I’d be weighing in on this case even without my firm’s involvement, though, because it goes to the heart of due process and the American tradition of open courtrooms.

A quick summary: the case began in early 2014 when a former employee at Schlumberger Ltd.’s M-I LLC (operating as M-I SWACO) unit sought a declaratory judgment that a noncompetition agreement with M-I SWACO was not valid.  Schlumberger counterclaimed for, among other things, misappropriation of trade secrets. The company also added NOV as a defendant.

TUTSA requires the court to preserve alleged trade secrets by “reasonable means,” with a “presumption in favor of granting protective orders” to protect those secrets. One of the more common methods is limiting access to confidential information during discovery and ordering those involved in the litigation not to disclose any alleged trade secrets – both of which are spelled out in TUTSA.  Specifically the statute says that a protective order “may include provisions limiting access to confidential information to only the attorneys and their experts, holding in camera hearings, sealing the records of the action, and ordering any person involved in the litigation not to disclose an alleged trade secret without prior court approval.” (emphasis added)  Texas Civ. Prac. & Rem. Code 134A.006.

Here the trial court picked one of the statutorily provided options: ordering that the alleged trade secret not to be disclosed.  Nonetheless, the Texas Supreme Court is being asked to rule that barring parties from the courtroom in a trade secret case is mandatory unless that party already has knowledge of the trade secret.

I’ve never been a big fan of the protective orders limiting documents to the attorneys, but they have nevertheless become typical in trade secret cases. Still, those orders aren’t anywhere near as troubling as the prospect of turning American courts into star chambers that deprive parties of being informed of secret evidence being used against them.

As well-known employment law expert Mark Oberti of Oberti Sullivan said:  “As lawyers, we still need our clients’ help in defending them from accusations of trade secret theft, and if they don’t know what specifically they are accused of stealing, they can’t provide that needed help. This is a courtroom in Texas involving proud oilmen, not a secret chamber in Guantanamo Bay involving the Taliban.”