UPDATED: Trade Secret Proposal Has Won Over Congress & The President, But Not Me

Who says Congress can’t agree on anything these days? By an overwhelming vote of 410-2, the House recently approved the Defend Trade Secret Act (DTSA). The Senate already has passed the proposal and President Obama is expected to sign it into law. (UPDATE: The president did sign it into law May 11, 2016)

Washington may be all simpatico about the DTSA, but I still have reservations about the overall need for this expansive new law, as well as the ex parte authority it allows for the seizure of allegedly stolen trade secrets.

The DTSA appears to be another example of the federalization of the justice system – and that’s not always a good thing. 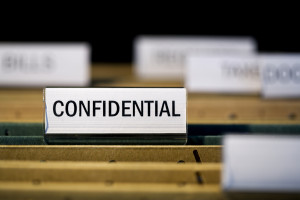 Currently, trade secret theft claims are generally resolved in state courts. Proponents say the DTSA will provide a federal civil cause of action for the theft of trade secrets and establish a nationwide uniform standard for protection and enforcement. With that comes the greatly enhanced potential for forum shopping in these cases.

I don’t see anything wrong with the current system. State courts in Texas have effectively dealt with these cases for years, and I see no reason why they can’t continue to do so. The suggestion that state courts are not as capable as the federal courts in handling complicated intellectual property issues is without merit in my opinion – and in my experience.

Even still, with diversity jurisdiction, a plaintiff can choose to file these cases in federal court. So the notion that we need a federal law to allow federal jurisdiction to deal with theft by agents of foreign nationals is just not a reality for the most part.

And it’s not just creating federal jurisdiction in every trade secrets case. It provides for a longer statute of limitations – five years from discovery of the theft, and for treble damages in the case of willful and malicious theft instead of the usual double damages.  But those are relatively insignificant; the real concern is the ex parte seizure power authorized by the Act. As I discussed earlier this year, this provision raises the issue of hearing only one side of the story and the potential for abuse.

The provision allows for one party to argue before a judge for the seizure of allegedly stolen trade secrets without the opposing party knowing about the complaint or the hearing.

I don’t know about you, but when I argue against nobody, I usually win.

The stakes are high in these types of cases and the potential for abuse of this seizure power is real. Unscrupulous parties will try to find a way to use this power inappropriately.

Generally speaking, ex parte anything in the civil arena is a bad idea. When the other side gets to argue their side, it maintains a higher level or accountability and honesty.

Yes, there are safeguards provided in the provision. Lawmakers added the term “extraordinary circumstances,” in granting such seizures and a fee is imposed in cases of wrongful seizures. But I find the power granted by this provision troubling.

Why aren’t criminal courts – and the protections provided to a defendant in these courts – a more just alternative? Others have succeeded in taking this route for their clients, and the opposing side still is afforded their rightful legal protections.