In a move that surprised no one watching the drama between Uber and Google’s Waymo self-driving vehicle division, Uber fired engineering whiz Anthony Levandowski on Tuesday.

The company thought it scored a real coup last year in hiring Levandowski to lead its self-driving vehicle effort. The hope was that he would help the company leapfrog to the head of the self-driving technology and artificial intelligence pack. But the high-profile recruitment so 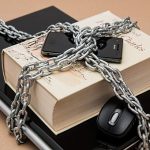 ured almost immediately when Google/Waymo raised questions about trade secrets and internal documents it believed Levandowski took with him after leaving Waymo. Levandowski’s refusal to cooperate with Uber’s defense and his surprising decision to invoke his Fifth Amendment privilege against self-incrimination crippled Uber’s ability to defend itself from the trade secret theft allegations. Uber general counsel Salle Yoo had given Levandowski until May 23 to turn over documents related to that case; when that deadline came and went last week, Levandowski’s days were numbered.

As previously reported in Legal Issues in the Executive Suite, Uber bumbled this case from the beginning. Poaching top talent from competitors is enticing and potentially valuable for businesses in highly competitive fields, but there’s a right way to do it. The rules are fairly clear and based in common sense: When a new employer hires talent who may have trade secret information from a competitor, the new employer should take reasonable steps to ensure it doesn’t try to use the previous employer’s confidential information. As a condition of employment, the new employee should be required to sign documentation spelling out that the new boss doesn’t want any trade secrets or confidential information, and that the new hire is promising no such information has been taken or will be used at the new job.

Additionally, agreements like these should provide that the new employee agrees to cooperate in any investigation or litigation related to any claims of trade secret infringement. Finally, if the new employer finds out that any of these promises has been broken, it should be crystal-clear that the new hire will be subject to discipline, including termination.

In this case, while privilege logs released by Uber indicate that its lawyers discussed legal concerns involving the recruitment of Levandowski, there’s no indication that the company addressed these most basic practices to ensure that star employees don’t bring trade secrets and work products with them. Faced with the increasing likelihood of an injunction in the near term and ultimately losing the lawsuit, Uber was forced to cut losses and move on without Levandowski. Tech companies are notoriously cavalier about what they view as innovation-stifling legal matters. If this is not a learning moment for Uber, then it should be for the rest of the business world.