What to do when your successful business unit is sold 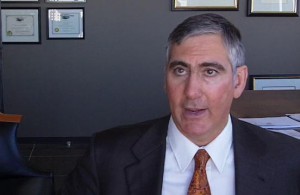 Success is sometimes rewarded in strange ways, such as when a company sells off a highly profitable business unit in order to raise cash (as Nestle did when it bought Cadbury and as Barnes & Noble is considering doing with its thriving Nook division). After all, it’s much easier to sell off a successful unit than an unsuccessful one, and they bring a much higher purchase price.

Trouble is, the management team that was most likely the reason for the unit’s profitability may not want to make the move. In such a case, both the buyer and the seller have an incentive to do what they can to keep that talent on-board. A stable management team helps bring a higher purchase price (which makes the seller happy) and means better prospects for future profitability (which the buyer likes).

It’s in everybody’s best interest, then, to give the management team an incentive to stay. Retention agreements, or any other agreement designed to keep talent from leaving, might offer executives pay hikes, bonuses, and other perks in exchange for staying with the company for a certain period of time after the sale. Granted, such agreements can be complicated, given the highly scrutinized atmosphere surrounding executive compensation these days. And the tax ramifications can be complex as well. But in such a high-stakes transaction, the buyer, seller and management team all have an interest in getting past those complications and making such agreements work.

What if you’re the executive and neither the buyer nor the seller has offered a retention agreement? Then it’s time to ask for one. Make the case that keeping you on-board is in everybody’s best interest. The worst they can do is say no. And if they do, you have a much better picture of your future employment prospects and can proceed accordingly.