What’s the Best Way to Take People With You to a New Company?

I’ve devoted a couple of blogs (here and here) to what things executives should and should not take with them when they change employers. Simply playing that part right can help avoid litigation with former employers. 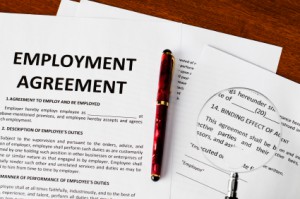 Where it gets really dicey, though, is when executives want to take people with them. It’s natural, of course, to want your team with you at your next job. Your treasured assistant, longtime protégé, and lifelong right-hand man/woman, among others, more than likely played a major role in your success at your previous employer, and you wouldn’t want to leave them behind to face an uncertain future without you.

But when it comes to litigation avoidance, there are right ways and wrong ways to recruit from your former employer.

Sometimes companies also have “confidentiality agreements” or policies that require executives to keep employee information private. Frequently, companies use these provisions to claim that an executive cannot recruit away employees, at least if the executive is relying on confidential information as defined in these agreements or policies. Again, it is helpful to get a legal opinion to determine what you can or cannot do if these circumstances apply to you.

Also, you should not take any company property to help you recruit employees. Just as a document containing contact information for customers can be a confidential and proprietary document, so too can an employee list. And it does not matter whether that document is in printed or digital form. Coming in to work the night before resigning and downloading such information onto a thumb drive is often a red flag that someone is taking something they should not.

But even assuming that you are not taking any company documents, and that you are subject to no restrictive agreements or policies, you are still not necessarily in the clear as far as recruiting other employees is concerned. Even without a specific agreement or policy, executives in most states have fiduciary duties or duties of loyalty to the company they currently work for.

Clearly, recruiting fellow employees to come with you while you’re still working for the company is not only bad form, but it’s generally regarded as a breach of fiduciary duty or duty of loyalty. You simply can’t maintain those duties if you’re actively recruiting other employees away to a competitor. Once you leave, those employees can be fair game, but until then, you should avoid active recruitment.

Even after you leave, you should consider the wisdom — or lack thereof — of sending out a mass email or letter telling all your contacts that you’re leaving Firm X and moving to Firm Y. Of course, you should absolutely not do so while you’re still at Firm X. But even after you have left, you should know that because many companies regard contact information for employees to be confidential information, those emails and letters could end up being used as evidence that an executive misused confidential information.

As noted above, some companies explicitly state in their agreements or policies that such information is confidential. Even without such policies, some companies claim that this information is confidential as a matter of law, or that you must have stolen company documents to get the addresses for the mailing. While the confidential nature of employee contact information is highly dubious and always hotly contested, particularly without a specific agreement, an executive should at least realize that this type of mailing can provoke a lawsuit, warranted or not.

If you want to bring employees with you to your new company, the best way to do so is by way of personal phone calls after you’ve moved to your new employer. Granted, this tactic can make for some strained going-away celebrations, but those hurt feelings hopefully can be soothed later.

Once you’re with your new company, you are in theory free to recruit from your former employer. I say “in theory” because those employees may themselves have signed covenants not to compete or other agreements that restrict their ability to work for a competitor.

So just as a good first step is to determine what restrictions have been placed on your ability to compete, recruit, or use confidential information, the next step is to ask the people you want to recruit to your new firm what agreements, if any, they have with their current employer. A thorough review of those documents (preferably by an experienced executive employment lawyer) should give the potential employer an idea of whether the employee is free to make the leap.

But it’s a good idea to put in writing that new employees are not to bring any proprietary information with them to their new employer and that the new company’s policies prohibit the use of another company’s confidential information. Such “good faith” efforts — when genuine — can go a long way toward heading off potential litigation.

There are no guarantees that the former employer won’t sue. But, as in so many other areas, litigation avoidance is often less about the law than it is about courtesy and conscientiousness. Making it clear that you expect recruits to abide by their employment agreements can create useful goodwill, even in this touchy situation.