When a Secret Shouldn’t Remain a Secret 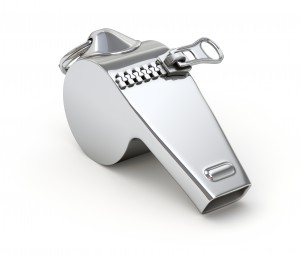 As ProPublica recently reported, whistleblowers take enormous risks to shine the light on alleged securities violations. The SEC (and, thus, the investing public) relies on whistleblowers to give them information they might not be able to get elsewhere, and they don’t take kindly to corporate policies that attempt to hamstring them from exposing alleged wrongdoing.

Executives who suspect their employers are violating securities laws can take solace in the fact that a whistleblower is protected if he or she hands over confidential information to the SEC for the purpose of exposing illegal activities. However, because this is still potentially dangerous territory, it’s wise for a whistleblower to consult with an executive employment lawyer before going to the SEC. Your attorney – who, out of an abundance of caution, probably won’t want to see what you’re turning over to the SEC – will help ensure that you steer clear of anything that could fall outside the whistleblower exemption.

Confidentiality policies and agreements are now as commonplace as Starbucks. And they are still important policies for companies to enforce. But there are limitations, and they should never be used to hide corporate violations of law.