Anybody concerned with non-competes – that is any potential employer or employee, so pretty much all of us – should settle in with a nice sandwich and the beverage of their choice and read the U.S. Treasury Department’s Office of Economic Policy’s recent report, “Non-compete Contracts: Economic Effects and Policy Implications.” 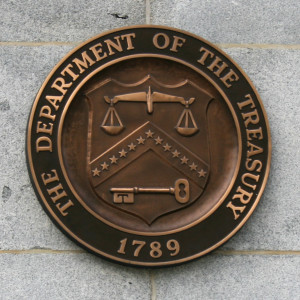 It’s a well-written, 36-page quick read that, ever so politely and factually, makes the case that, in far too many cases, employers are taking advantage of their employees’ lack of knowledge about non-competes to reduce those employees’ negotiating power, wages and mobility. The report proves what we instinctively already know: many employees who aren’t privy to trade secrets and haven’t been given sufficient “consideration” (typically specialized training and/or additional compensation) are subject to non-competes that effectively reduce their ability to change jobs and grow their careers. The Jimmy Johns and Law360 cases, both of which I’ve blogged about previously, are perfect illustrations of this phenomenon.

Here’s one of the better excerpts from the report:

Second, a separate survey, exclusively focused on members of the Institute of Electrical and Electronics Engineers, reports that “…barely 3 in 10 workers reported that they were told about the non-compete in their job offer. In nearly 70% of cases, the worker was asked to sign the non-compete after accepting the offer – and, consequently, after having turned down (all) other offers. Nearly half the time, the non-compete was not presented to employees until or after the first day at work.”

This evidence is especially powerful insofar as it applies to highly-educated, high-wage workers who might be considered more likely to understand the process surrounding non-competes. Even in cases where the conventional explanation of trade secrets has a surface plausibility, firms often delay the presentation of non-competes. This behavior would not be necessary if non-competes were a mutually-beneficial arrangement.[emphasis added]

I work with a lot of executives who are bound by non-competes, but these are men and women with access to confidential information, who are usually quite well-compensated, and who have often received the kind of specialized training that makes a non-compete a reasonable tool. Even then, I have argued that there are other, less restrictive ways to protect confidential information than impeding my client’s mobility and career growth.

We know what non-competes can do to individual employees who are bound by arguably unenforceable non-competes, but the Treasury Department’s report makes the case that the negative effects are more widespread. The report synthesized labor market data and previous studies to conclude that “stricter non-compete enforcement [is] associated with both lower wage growth and lower initial wages.” It also impedes worker mobility, which hurts the overall economy, the report said: “Job churn helps to raise labor productivity by achieving a better matching of workers and firms, and may facilitate the development of industrial clusters like Silicon Valley.”

That can lead to “brain drain” in those states that enforce non-competes. The beneficiaries are states, like California, that typically don’t enforce them – even though, as noted, roughly 19 percent of California workers are bound by non-competes.

The report concludes with several “Directions for Reform” that, unfortunately, are merely suggestions at this point:

Fortunately, there has been a fair amount of media coverage over this issue in recent years. And that may lead to legislation either on the national or state level.

In the meantime, watch what you sign when you take a new job.